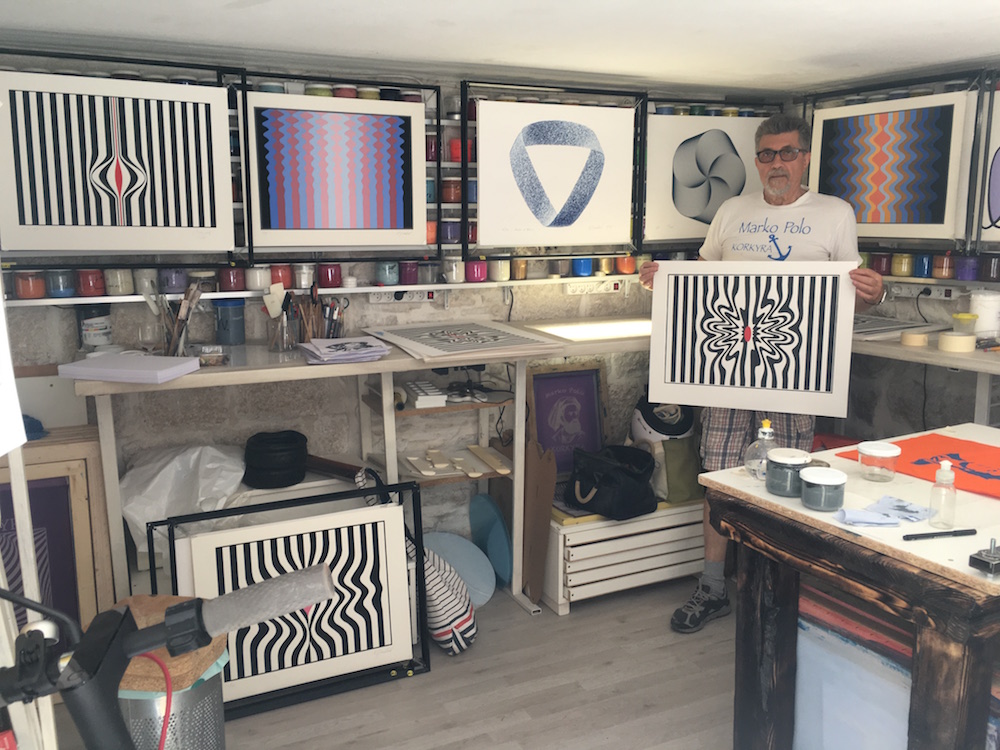 Op Art – Optical Art, invites you to take an active look on the picture, play with the optical effect created by the artist and be the one to take on a kinetic perception. The pictures are static but your brain can set them in virtual movement, can have you change your visual perception as you please. And it’s because the design and the colour patches hide several volumes that the keen and active eye can perceive as concave or convex. The art of the artist consists in using abstract or geometrical lines as well as colours in order to create double images that are in perfect balance. Your brain must thus be able to easily switch from one to the other. Serigraphy allows almost perfectly sleek patches of colour on which visual perception is not arrested. You can thus forget the materiality of the picture and focus on the very essence of the pictorial message which is the Kinetic effect.
Now it’s up to you to try and catch the balance point and master the switching procedure to take an active part in the creation of movement in my pictures !

Beyond my aesthetic research on colours and shapes, balance and harmony through the use of the golden ratio (divina proportione), among others, I should mention my interest in yoga which I practised for a long time. My works invite you to perform mental yoga just like Mandalas which I became familiar with at the same time, when I was studying at the School of Fine Arts. I also discovered the subtelties of Kinetic Art while working in Victor Vasarely’s studio. Playing with movement through my works (paintings and silkscreens) is thus a form of mental exercise that is akin to meditation and invites you to introspection.